Now what about downhill skiing? Is it team or individual?  It is an individual sport.  But in each of these sports, even if it is an individual sport, the athlete usually has a team around them.  There could be a coach and a trainer and an equipment person, and all of them work together to support the athlete and help them win even though only one person stands at the top of the podium.

If following Jesus was a sport, what kind of a sport would it be, team or individual?  Maybe we could give either answer and be correct.  Because being a Christian is an individual sport in the sense that we are not saved by someone else trusting in Jesus for us.  We are only saved when the Holy Spirit gives us the gift of faith and we trust in Jesus ourselves.  So it is very much an individual focus in that sense.

And yet, Christianity is also a team sport as well.  One time, Jesus was asked,

And so being a follower of Jesus is not just about loving God, it is not just you and Jesus.  It is also about loving people.  That is how we live out our faith:  in the context of community.  In the Bible there is this special description of this community of faith that God has gathered together and called the church.  It is described as a body made up of several different parts, all inter-connected, all working together and no part is greater than the others even though we do different things.  And so I think that we can say that Christianity, being a follower of Jesus, really is a team sport.

But sometimes our team doesn’t play very well.  Sometimes, we are kind of like the Edmonton Oilers.  Sometimes we not only fail to encourage, support and love one another, that is, fail in the things that we should do, we actually end up, often unintentionally, causing harm to someone else, we actually hurt one another.  A few years ago when we lived near Olds, Alberta, one of our friends shared with us during a visit, and this friend of ours was a person who went to church, she said that her dad had told her, “If you want to fight, join a church.”  Sometimes it seems like we Christians are like porcupines, that we have these quills around us, and if we get too close to one another we poke each other. 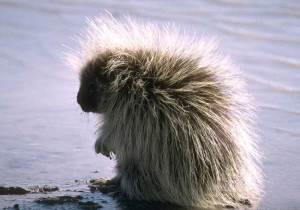 And on some level that fits with what we know about the church, that it is made up of broken, hurting people like me and you who are in need of  healing and hope and forgiveness.  But on another level, we ask ourselves, ‘How can this be?  How is it that this community who is described in the Bible as the beautiful bride of Christ is described by others outside the church in such unflattering terms?’  For example, the English poet Percy Shelley who once said, “I could believe in Christ if he did not drag along with him that leprous bride of his—the church.”[1] And while we may be offended by that remark, there is some truth in it.  At a outreach training event that I attended recently, the presenter spoke of the two things for which Christians are most well known outside the church:  being hypocrites and hating gay people.  That is our reputation out in the world.  And I think that the church is at her worst when something particular happens:  when we as a team lose our focus on Jesus Christ and when we, as a team, lose our confidence in Jesus Christ.  When we lose our focus, we stop playing together as a team.  And when we lose our confidence, our insecurities begin to rise up and we try to play in a way that brings ourselves closer to God instead of playing in a way that brings others closer to God.  Worried and insecure, our porcupine quills begin to stand up and we poke the very people whom we ought to be loving.

Before us today we have the book of Hebrews [cf. 10:19-25].  And while we don’t know for sure who wrote the book and we are not entirely sure who it was written to, we can make some educated guesses.  And it seems that the book may have been written to a small group of Jewish Christians in Rome around the time of Nero.  This was a time when Christians in Rome were starting to experience persecution for their faith.  And the temptation, especially for a Jewish Christian, would have been to revert back to their old Jewish ways of living and being because the Jews had some protection in the Roman Empire, but the Christians had none.  And so the author of the letter to the Hebrews addresses this issue.  He understands that, in the Jewish way of thinking, God is above all, but the angels are right underneath God and above humanity in prominence.  This person would have understood that Moses and the Law are the foundation of the Jewish faith.  And this person would have also understood that priests are very important in Jewish thinking, that they are intermediaries, they stand between us and God.  They offer sacrifices on our behalf so that we can be right with God:  so that we can be forgiven and have peace and know that God is on our side.

And in response to all of this, the writer of the letter to the Hebrews holds before his readers Jesus Christ.  And he shares with them how Jesus is above and beyond all of those former religious practices that were really just bringing them down as a team.  The writer of Hebrews reminds his hearers to remember that Jesus is above the angels.  Jesus is a better foundation than the Law of Moses.  And Jesus is the ultimate in-between-person between us and God.  Jesus is the one who took our place before God, acting as our priest, and he offered up himself as the sacrifice to end all other sacrifices.  Jesus is the one in whom we are forgiven, and the one in whom we have peace, the one in whom we have the assurance, the promise, the guarantee that God is on our side.

And so Jesus is the one who helps us to focus on him and play with unity.  And with our eyes on Jesus, remembering what he has done for us, we can play with such confidence and unity that we forget ourselves, we forget who we are, and instead we play for the sake of others.  We become sheep, instead of porcupines, that is the biblical image of the followers of Jesus.

And if you know anything about sheep, you know that they have this nice, soft, outer coat that is comfy.  And they can get close to one another.  And they actually can support and encourage one another as they are running along.

And so, where do we practice as a team, because all teams practice?  We practice living out our faith in our homes, in our workplaces and in small groups.  And that is why we at Walnut Grove Lutheran Church have created this opportunity for you.  If you feel that God is calling you to become part of a small group, then I would like to encourage you to join one because that is where we get to experience God’s love through other people.  That is where we have a chance to encourage God’s people with the love that he has poured into our lives.  And together we build each other up in the faith so that we are able to play as a team doing God’s work in this world.

I may not have told you this before, but I used to play basketball in high school.  When I was in Grade Eleven, I was on my school’s basketball team.  And one evening we were playing our arch-rivals from St. Thomas Aquinas for the championship of the area high school league.  And this team from STA was a tough team to play against.  They were probably the best team in the league.  And by the time the first half was over they were mopping up the floor with us.  They were leading by a significant margin and we were playing terribly.  Our coach, Jan Atwood, came into the locker room during the half-time intermission.  And I have nothing but love and respect for that man as a human being and as a coach.  And I will tell you, first of all, what he did not do as he addressed the team.  He did not get angry.  He did not throw any chairs.  He did not smash his fist into any locker room doors.   He just calmly walked into the room and he said, “Boys, you know what you have to do.”  That was it.   That was his speech.  But by the way that he spoke, we knew that he had confidence in us to carry out what he was calling us to do.  And so, we went out and STA got two points in the second half, and both of those points came on free throws.  We shut them down and we won the game.  But it was only because our coach had confidence in us. 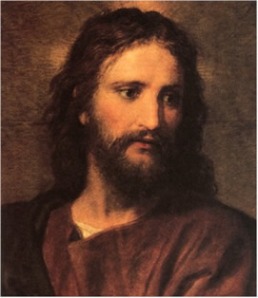 And it is the same way with Jesus Christ. He is our coach, our captain, our leader.  And in him we have such confidence that we can play beyond ourselves.  But he also has confidence in us.  He has already equipped us and he knows that, with him, we can do all things.  And so, let’s trust in him to be the team he is calling us to be.  As it says in Hebrews 12:2

“Let us fix our eyes on Jesus, the author and perfecter of our faith, who for the joy set before him endured the cross, scorning its shame, and sat down at the right hand of the throne of God.”

Do you know what the joy set before Jesus is?  You are.  You are the joy the Jesus.  He loves you so very, very much.  He gave himself for you.  And he will give you the focus and the confidence you need to follow wherever he calls you to go.  Amen.

(This message was shared at Walnut Grove Lutheran Church in Langley BC on 10 January 2010.)